Well, here it is, 2015. In this year I know one very important thing is going to transpire in my life — in a few short weeks I will become a published author. Whoa. Typing that made my stomach jump with nervous excitement. I have lots of other goals for this year, most of them way too boring to talk about on this blog. But as I look at a new year of goals it reminds me of how I got to 2015, the year of my debut as an author. And if you’ll bear with me, I’ll take you on a little trip down memory lane.

Almost eleven years ago I found a lump in the back of my left leg. I found it soon after I finished working out so I thought it was a pulled muscle. I chose not to worry about it. A year and a half later, I’d had my first child and was working as a kindergarten teacher when I found the lump again. For some reason this time I felt far more concerned. After seeing three new doctors and getting a few scans I found out, first, that I was pregnant and, second, that the lump in my leg was probably benign. A year later I had an eighteen-month-old and a three-month-old. That’s when I discovered that my doctors had been wrong. The lump was cancer. I was 24 years old. 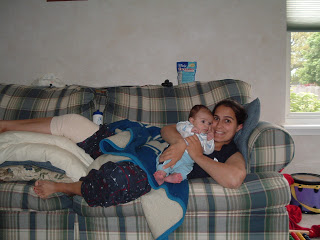 I won’t go into my whole cancer story right now but in May of 2006 I was diagnosed with monophasic synovial sarcoma, a rare form of soft tissue sarcoma. I received treatment through the summer and early fall of 2006 and then check ups, blood draws and scans every three months for two years and every six months for three more. Thankfully, every single one came back clear. Just two months before I turned 30 I reached the huge milestone of being NED (no evidence of disease) for five years. When I read all the horrible stats on that first day after my diagnosis, they only went up to five years. Back then, according to the statistics, I only had a 30% chance of turning 30.

So, needless to say, 30 was a pretty big birthday for me. My husband threw me surprise party and my friends and family came to support me. But the most monumental thing that happened that day was my decision to not waste the extra time I’d been given. That day I set some goals for the next ten years, some small, some big and some seemingly unattainable.

Some of my more lofty goals included– running a 5k without stopping (I’d been told my leg was too damaged to ever be able to run again), learn a new instrument and perform at least once in front of an audience, audition for a play, learn a new language and visit a country where it is spoken natively. Then there was my biggest and most seemingly unattainable goal: Finish my book and bring it to publication.

I turned 34 this year. There are many of my 30 year goals that I’ve not met yet but there are some other that I have. For one, I learned to run. I started out slowly, first walking, then jogging and walking and then slowly inching the time and speed up on the treadmill till I was running. Now I run at least a 5k almost daily. I’m not fast and I look a lot like Phoebe from Friends when I run but I can do it and what shocks me more is that I’ve fallen in love with it.

As for the rest of the list, I haven’t been in any plays or learned a new language or visited any new countries but I am learning guitar. With the support of a good friend I’m slowly learning the intricacies of the instrument and last year we were asked to perform at a small Christmas function. When those “checked off” moments happen, I swear I can feel a click inside of my brain.

What I’ve found is that even after the milestone is met and the goal is completed, I’m left with so much more than a check on a piece of paper. My life has become fuller with each item I’ve completed. Actually, I hate to say completed because the harder I work to reach a goal the more I appreciate it. Most days I wonder what I ever did without my morning run or Wednesday guitar group or writing. Especially writing.

On March 1, 2015 (AH! it is 2015!) I will reach another one of my goals. I will become a published author. Now, this is not the book I was working on in 2010 and when I wrote that goal down I rolled my eyes a little, assuming it would never ever happen. But it did. You’ve read my other posts (if not…you have some homework), there has been a lot of hard work leading up to this milestone but it is all worth it.

Publication is not an end for me, it is a beginning. This process has changed how I look at myself. I’m an author. There–I said it. I’m a writer, an author, a creator of stories and people and lives. Discovering those things was not a goal I put on my list but upon attaining that revelation I’ve found it to be more valuable to me than any other item I’ve checked off.

So, as you head into this New Year, don’t be afraid to make goals (even lofty ones). Don’t be afraid to write them down, boldly proclaim them, talk incessantly about them (okay, I might avoid this if you’d like to keep your friends) and don’t forget to work hard to get them. And please remember that just because you didn’t reach some of your 2014 goals that doesn’t mean you should give up. Some goals are late bloomers and need more time to grow but as long as you keep tending to them, when they do blossom, they can be breathtaking.

PS- I’d love to hear your goals for the year. Feel free to post them in the comments section below!