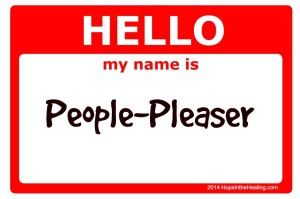 For most of my life I’ve been an unabashed “pleaser”. People-pleasers tend to place a lot of weight on the acceptance and positive feedback of others. They…um…we tend to push down our own wants/needs/desires and exchange them for the positive appraisal of someone else. Disappointing someone or being assertive can feel harsh, uncomfortable or even painful which makes us flinch away from any opportunities for that type of interaction to occur. I’ve spent a lot of time flinching. The proclivity to please has been such a natural part of my personality that I’ve never really even noticed it or its potential to be something negative in my life.

Then I wrote a book. 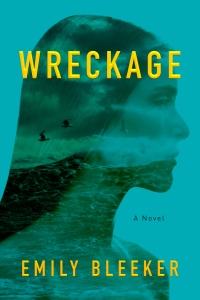 When I wrote WRECKAGE I never ever imagined that hundreds of thousands of people would read it one day. I’m still stunned at how many of you out there have read the book and even more humbled at how many have taken time out of their lives to write reviews, send me emails or Facebook messages or toss a tweet my way. But I’d be lying if I said it was all positive. Clearly, writing and publishing a book is full of moments where you are not going to please everyone. And even though the positive responses to WRECKAGE have far outweighed any negative ones I still had to learn something very quickly during the road to publication: Not everyone is going to like my book.

Sigh. It’s true. Not everyone likes me. Shocking, right? 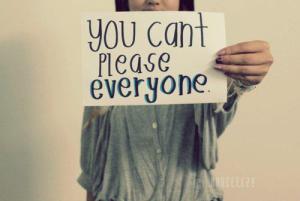 We could talk for hours about rejection and another few about reviews, but by far the most difficult stumbling block I faced while battling my people-pleasing tendencies was that first jump into querying. Even if you aren’t a pleaser like me, sending out that first round of queries can be daunting. In the beginning of any writer’s career that little word document holds, not only a piece of hard work that’s taken months if not years to create, but that file also carries the weight of our dreams and aspirations too. Putting all of that into the hands of a stranger is a scary and intense experience. What I needed to get me out of my comfort zone and into the choppy waters of querying was a pusher. 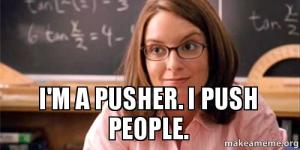 Two years ago on August 31st, 2013 I was trying to decide if I should send out my very first query. Agent Suzie Townsend was running a “query contest” on her blog (this is the contest blog post from two years ago). Suzie generously offered to read any and every query sent to her during this contest window and respond with her first impressions in one or two sentences.

Everyone on the website I’d been frequenting, agentqueryconnect.com, was participating. How could you pass up this opportunity to test out your query on an agent knowing you’d get feedback? I’d been working on my query for six weeks and felt like it was as close to ready as possible. I felt the same way about my first pages. But anyone remember from my Secret Writer post what lie I’d been telling myself for years? I almost believed that I was doing all of this writing and editing and polishing and perfecting for fun. I wasn’t REALLY going to try to get published—I’d just read every single queryshark post, changed my hook three times, tweaked my bio obsessively and super-scrubbed my first 10 pages all for jollies.

Then in comes J.S. Hazzard author of the BLOODSTONE CHRONICLES. I met Hazzard on AQC and she knew I was considering sending my query to Suzie. She knew I was a nervous wreck about the idea, that I was worried a negative response from this contest would be the death-blow to my secret hopes of one day becoming a published author. (By the way- one rejection is not a death-blow. I was being WAY over dramatic. Who? Me? Overdramatic? No way.) She took me under her wing and kept explaining that this was a no-risk situation. Send the email—Suzie likes it? GREAT. She hates it? You know what to work on.

Eventually, after much hemming and hawing on my part, J.S. in her amazing and oh so blunt signature style finally said, “Oh my GOSH, Emily, just hit send already!!” (<—edited version) Every time I hesitated or found another reason to be afraid, she said it again. “JUST HIT SEND!” She said it ten, fifteen, maybe even twenty times that day. And then, finally, after another one of her perpetual pushes….I did it. I hit send.

And then Suzie Townsend called me an hour later. Said it was the best query she’d ever read and had already sold it at auction to a big publisher who wanted me to sign a twenty book contract…..

Sounds like a querying fairy tale, right? Well, sorry to break your adorably gullible little hearts, but that’s not what happened. My story is a little different though I’m equally satisfied with its conclusion.

Suzie did write back. Within twenty-four hours I had a shiny new email from Suzie Townsend. I can still remember the way my head spun as I clicked on that email in my inbox. I never knew two sentences could change the direction of my life in such a dramatic way. The first sentence explained that the book wasn’t right for her list and then gave me the name of another agent in her agency who she suggested I should query. Then the second sentence said something that made the little pleaser inside of me just so happy: The query and writing are good.

It was that moment, brought on by some risk taking and a fair amount of pushing that gave me the confidence to realize I’d been lying to myself. I wanted to be published. I’d been a secret writer for a long time but as I read Suzie’s email I knew I wanted to be MORE. Thanks to Suzie Townsend and J.S. Hazzard for that moment because, though it took five more months to sign with super agent Marlene Stringer, it may never have happened without those two fantastic women. 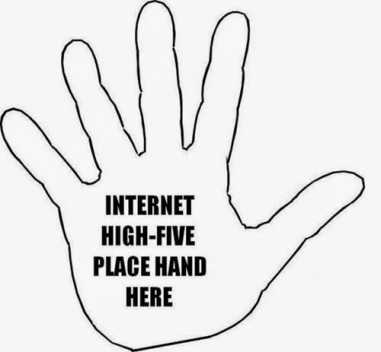 As a natural born pleaser, I’ve started stockpiling “pushers” in my life. I’ve come to realize that the best kind of a friend is the one who encourages you to reach your fullest potential. I treasure those friendships above all others and I strive to be that kind of friend to others around me. It is true that sometimes you need a soft shoulder and believe me I have two of those that have been well softened by years of sleeping babies and the tears of those in need of comfort. But sometimes you need a pusher.

So now I’m learning how to get past my people-pleasing tendencies, how to stand up and acknowledge that my opinion matters and is even valued. *cracks knuckles* Watch out world—I’m finally learning how to push as well as please and I’m coming for YOU. Pleaser or not we all need some pushes along the way—some are going to be gentle nudges and others will be like the “blast off” pushes I give my kids on the swings at the park. Either way, find yourself a pusher (I know one who is in training if you ever need a little encouragement) and then enjoy your very own dive into the unknown. 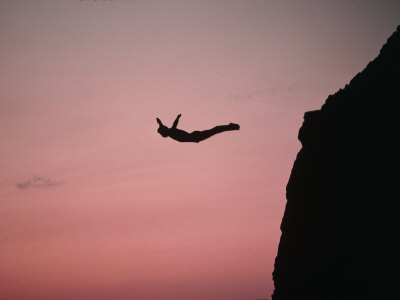