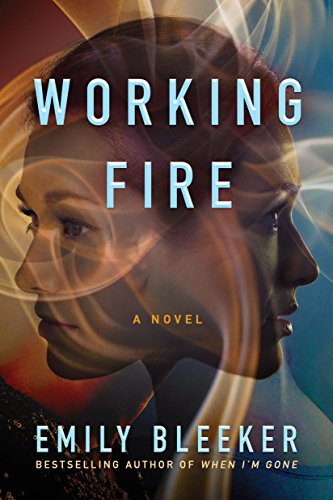 From the Wall Street Journal bestselling author of When I’m Gone comes a compelling novel of a bond between sisters, tested by tragedy…

Ellie Brown thought she’d finally escaped her stifling hometown of Broadlands, Illinois; med school was supposed to be her ticket out. But when her father has a stroke, she must return home to share his care with her older sister, Amelia, who’s busy with her own family. Working as a paramedic, Ellie’s days are monotonous, driving an ambulance through streets she’d hoped never to see again.

Until a 911 dispatch changes everything. The address: her sister’s house. Rushing to the scene, Ellie discovers that Amelia and her husband, Steve, have been shot in a home invasion. After Amelia is rushed to the hospital, Ellie tries to make sense of the tragedy. But what really happened inside her sister’s house becomes less and less clear. As Amelia hangs on in critical condition, Ellie uncovers dark revelations about her family’s past that challenge her beliefs about those closest to her…and force her to question where her devotions truly lie. 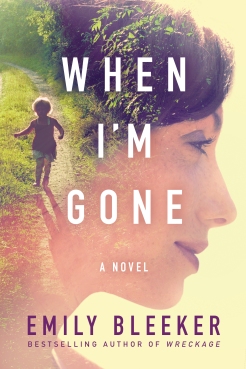 Luke Richardson has returned home after burying Natalie, his beloved wife of sixteen years, ready to face the hard job of raising their three children alone. But there’s something he’s not prepared for—a blue envelope with his name scrawled across the front in Natalie’s handwriting, waiting for him on the floor of their suburban Michigan home.

The letter inside, written on the first day of Natalie’s cancer treatment a year ago, turns out to be the first of many. Luke is convinced they’re genuine, but who is delivering them? As his obsession with the letters grows, Luke uncovers long-buried secrets that make him question everything he knew about his wife and their family. But the revelations also point the way toward a future where love goes on—in written words, in memories, and in the promises it’s never too late to keep.

Praise for When I’m Gone:

—WHEN I’M GONE is one woman’s love letters to her family after her untimely death. Through that device, Bleeker deftly leads us through loss, redemption and the power of secrets. Like WRECKAGE, this will keep you guessing until the end. Put it on your must-read list.”- Catherine McKenzie bestselling author of HIDDEN and SMOKE

—I love this novel! Definitely one of the best novels I have read recently. Some parts were really touching that I need my kleenex. Very well written and I would recommend this novel to my friends! –Cin, Goodreads reviewer

—The characters are well-developed, likable, and realistic. The whole concept of losing someone and then receiving letters from them made me question whether this would be a blessing or a curse. In this case, the various story lines kept me guessing, and I found it both suspenseful and touching. I will definitely be looking into other books by this author and highly recommend When I’m Gone. – Susan, Goodreads reviewer 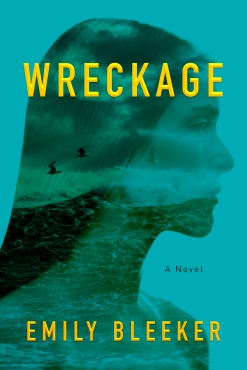 In this intriguing tale of survival, secrets, and redemption, two everyday people thrown together by tragedy must finally face the truth…even if it tears them apart.

Lillian Linden is a liar. On the surface, she looks like a brave survivor of a plane crash. But she’s been lying to her family, her friends, and the whole world since rescue helicopters scooped her and her fellow survivor, Dave Hall, off a deserted island in the South Pacific. Missing for almost two years, the castaways are thrust into the spotlight after their rescue, becoming media darlings overnight. But they can’t tell the real story—so they lie.

The public is fascinated by the castaways’ saga, but Lillian and Dave must return to their lives and their spouses. Genevieve Randall—a hard-nosed journalist and host of a news program—isn’t buying it. She suspects Lillian’s and Dave’s explanations about the other crash survivors aren’t true. And now, Genevieve’s determined to get the real story, no matter how many lives it destroys.

What readers are saying about WRECKAGE:

—This story tugged at me all day and night, keeping me from getting other things done because I could not wait to turn the page and read some more!

—I truly did not expect to be so captivated by this book as the author is unfamiliar to me and the book had no reviews yet. However, this a must-read thriller right up there with all the other top 10 books on bestseller list! Highly impressed!

—Not just any kind of “love” story. The kind that real love is made from. Real love where marriage lasts a lifetime and work, apologies and forgiveness are required.

—This is really one of the best books I’ve read in years. The character development is strong, and the plot is heartbreaking, inspiring, thrilling, and terrifying….I can’t stop thinking about this novel. Read it.