My sister is one of those people who reads spoilers. She always takes a sneak peek at the end of the book or reads a blog about the whole plot of a TV series before deciding if she’ll watch it on Netflix. I am NOT one of those people. I want to guess at the ending of anything I’m reading/watching/obsessing about. I want to talk about possible outcomes and character choices. I want to dream out what I’d do with these characters if they were mine. Then, I love finding out what really happens in the story and say “AH HA!” if I was right or “duh!!” if I was wrong. Or, “I liked my ending better,” if disappointed. 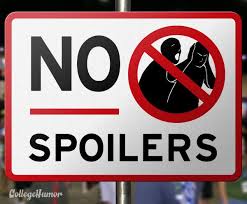 Here is the thing with endings, I guess it goes for the whole book but I feel it most in endings. How you feel about them is very personal. Whether I close the book and sigh, “ah, that was awesome” or “NO! How did it end like that?!” to me it doesn’t matter. As long as a book makes me feel something more than– “Thank HEAVENS that is finally over,” then the author has done his/her job. Because, if I care enough to have any strong emotion then I’ve connected with the story and characters. 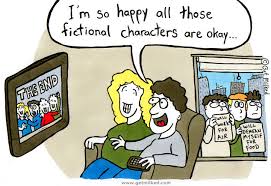 Take the end of Gone With the Wind. This is one of my favorite books ever. I first read it when I was twenty-years-old and other than a few slow spots in the beginning I couldn’t put the seriously thick novel down. It was also the first time I crazy-girl sobbed because of a book (Bonnie!!!!). I hated Scarlett with a passion and the end of the book REALLY bothered me. I mean I put 1,037 pages of my time and then…no pay off? For real?

I knew there was no sequel so I read up on Margaret Mitchell’s life, read one of her earlier works which was published posthumously and attempted to read and watch the “sequel” written many many years later by a modern author. None of these attempts quelled my frustration at that original ending.

Fast forward fourteen years. I’d read and reread my favorite parts of the book hundreds of times but I’d never sat down and reread the book from page 1 to 1,037. Every word. So I did. About a year ago I read Gone With the Wind as a real live grown-up and it was an interesting experience.

1. I still couldn’t put it down. I just wanted any reason to get back to reading even though I knew the whole story by heart.

2. Realized the book is kinda racist…probably pretty realistic of the viewpoints of the people from that time and place but also pretty stink’n racist.

3. I disliked Scarlett less this time around and Melanie a little more. I realized that Ashley is kind of a wussy jerk and Rhett is a totally flawed “hero.” But I LOVED how real these people were. Flawed, horrible and at times pretty racist/misogynistic, but real.

5. I loved the ending. Oh my gosh, it was PERFECT. If you haven’t read the book/watched the movie/been alive in the past 70 years then I don’t want to spoil it for you BUT I suddenly had this new perspective on the whole story. This ending, though depressing, was SO like real life. Scarlett realizing what she really wanted only to find out that it was too late to get it. Anyway…could write a whole paper on the stuff I realized when I closed the back cover of that book but suffice it to say, it was much more satisfying the second time around.

That experience showed me that feelings about books and characters and even endings change as we change. And not just a little, a whole lot! I’m excited to pull this book out again in a few years and reread it with fresh eyes. I wonder what new bit will strike me then.

This is why, in my opinion, books are more universal than movies. You cast the characters and you interpret the story through the lens of your own personal experiences. Also why you can go into a book club or classroom and discuss a good book for hours on end.

So maybe pick up a book you read ten or twenty years ago and give it a go. I bet you’ll have a whole new experience and maybe find a new favorite ending.

Which book has your favorite ending? Let me know in the comments 🙂 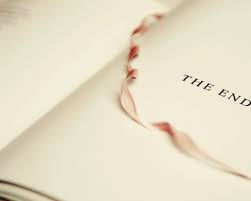